Following the signs, the Path has led me to Jerusalem during this special month of September, in which, according to numerology, a 7 year cycle will be completed thus indicating a time for significant possible changes.

Seven, seven year cycles are coming to a close since the Founding of Israel, beginning a new Shmitah (sabbath year) during the Fall Equinox under the fourth Blood Moon. All of this and more sheds light on an important date that has repeatedly revealed significant changes in reality.

As an integral part of the path, during Harwitum in 2012 we talked about the importance of the geological fault between Africa and the Middle East, where the nations of Jordan, Palestine, Israel, Lebanon, and Syria converge in a chaotic energetic loop. Situated on top of the Solar Plexus Chakra of the Earth, this loop drives the energetic shifts in polarity by absorbing the densities of the lower chakras to ascend into the higher chakras.

Well, it was here where the Tree of Life was born, which contains the spheres of universal knowledge, or Sephirot; knowledge that the Hebrew people inherited since the fall of Atlantis and which they have maintained in their language, and thus in their blood. They were the chosen people who, as they dispersed throughout the world, were meant to plant these divine codes over the course of thousands of years and keep them safe during times of darkness.

However, the darkness of unconsciousness overtook all peoples, and this tree began to tangle itself around the world, preventing the world from seeing the light of the Sun, which is the Truth.

So it is from here where the great movements of faith and knowledge that create and destroy our current world are simultaneously united and divided.

During Roma-Amor in June 2014, we arrived at the Vatican with the goal of turning the key to allow the denser frequencies created in the Middle East to move upward into the beating Heart of Unconditional Love, transcending the Crosses of the Inquisition and opening the doors to the Freedom of Being.

When we arrived in Egypt in August of 2015, we released the power of the information of the Sephirot and extended it out toward the 72 planetary nodes so the potential of the 27 thousand human genes could be activated in its human reflection; to alight the Flower of Life and give way to the birth of a new Tree.

In some sense, this is why one month later, this energy must reach the heart of Transcendence: the Jordan Valley.

Whether we like it or not, the people who live here are fundamental to the development of the Human Being. Beyond all cultures and Zionist conspiracies, the blood of our origins bursts forth from these lands and out into the world, which is what turned all the prophets who visited them into an example of obtaining divinity.

Their union this 27th and 28th of September will cause the Mother of Water to turn the colour of our own water: the colour of Blood. Blood is an element that contains our information and power, and it must awaken.

In this way, outside and beyond everything this event entails politically, economically, and socially, the fundamental intention is to Awaken the Divine Blood that lies in these lands to circulate the codes of information that we released in Egypt on 888. 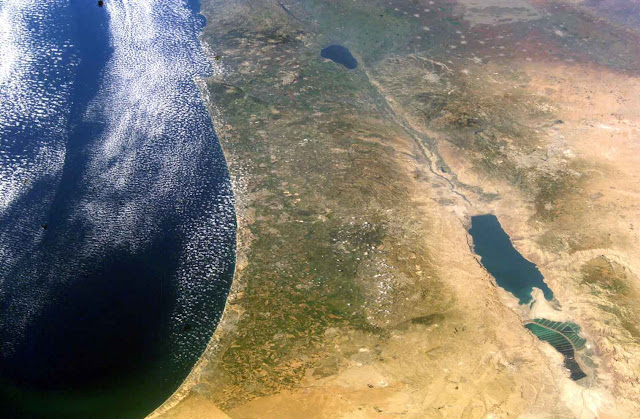 For this, I invite you to join me in the simple task of: From the 21st of September and up until the Blood Moon on September 28th, listen carefully to the Cheops recording at least once a day, placing your Index and Middle fingers together on the upper part of the Solar Plexus Chakra, just below the sternum. Connect with the Fault of the River Jordan (Jordan Rift Valley) and its surrounding countries, visualizing the lands of Jerusalem, the Dead Sea, Galilee, the River Jordan, and the entire region, and sing to them with unconditional love, drawing them within as you extend the 888 codes out toward the Blood of the World. This is especially important during the night of the 27th and the morning of the 28th, to accompany the energies of the eclipse.

For those who resonate, repeat the mantra "I AM" as you send out the intention to activate the Blood of the world, and even better if you can do so by using the Hebrew words:

I Am that I Am * Ehyeh Asher Ehyeh
Click here for the Cheops recordingI will continue giving updates as the days go along.

Each step we take around the world is FREE and OPEN to the public, so we invite you to be part of the support network to help make this possible! If you would like to collaborate economically to sustain our activities, please sign up here:
harwitum.org/donaciones
THANK YOU FOR YOUR SUPPORT!

THE END OF THE WORLD