THE ASCENSION OF HUMANITY


THE END OF SEPTEMBER

Over the last few months, many people have been asking me what I think will happen at the end of September, as there has been a lot of talk about something big taking place, whether it be positive or negative, that will cause Humanity to change rapidly.
From my point of view, there are no such thing as special days where things happen that cause us to change, but rather days that we choose to make change possible.

My answer was always that I had no clue, and that it would surely be just like any other day, much like December 21st, 2012.

Every date is a temporary choice that impels us toward a new reality, and the more people who join in this thought, the greater chance it has of becoming a reality. If we predict a scheme of conspiracy or pain on this day, then that is what we will see, even if good things are happening. If we choose to put our attention on the positive side of things, then that's how it will be.

The important thing is for you to take your place in this change, aware that you will have to fearlessly face yourself and all of your own structures in order to do it.

The Time and Space we choose defines destinies and inscribes information and intention in collective consciousness, which must be held accountable for what it does when it receives and expands this information.

Will things be carried out consciously or unconsciously, from fear or from love?

Jerusalem means "City of Peace", which seems like a contradiction.
From the times of its first settlement, its inhabitants have encountered great Unity and Strength in these lands, from which they were able to find and focus their purpose. Regardless of the origin, culture, or religion of the people from which it came, everyone who passed through these lands sought to settle and proclaim it as sacred.
For this reason, this city truly does not belong to one single people but to Humanity, since the events that took place here have marked the history of over half the world's population.

In this city of Peace, you can perceive peace as you walk through its streets, but it is conditioned by war. Strolling through its streets denotes safety, but there is also a sense of mistrust. Different religions and cultures live side by side as sisters, as not seen anywhere else in the world, but they hate each other nonetheless.

This point represents Humanity; for in its strongest dispute of Duality, it also lives in the greatest Unity. Respecting each other's differences, we live alongside each other; those who love each other and those who hate each other, like a family whose members have endless problems to resolve, but who are a family nonetheless.

This is why so many prophets have left their messages here: they were not for just a few; but for us all, for Humanity as a whole, which is why the Faith of the World is linked to these hills. 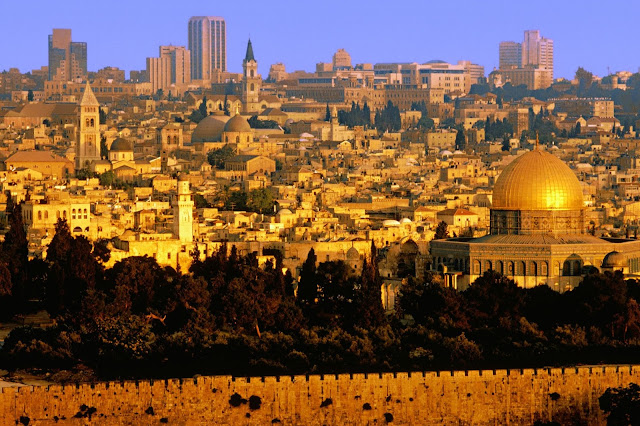 Our bodies are composed of 70% water, of which the greater percentage corresponds to our blood. The water in our world was brought to us by the Moon, which regulates the tides of the ocean and the flow of our blood, which is expressed in our emotions.
A Blood Moon is created by the Earth's shadow as it crosses between the Sun and the Moon, which means that all the Earth's energy is dragged toward the centre of the Moon by the light of the Sun.

All our past experiences, fears and frustrations, attachments and prejudices, will be projected onto the Moon from the Earth, who will transmute what we give to her; if we decide to give it to her...

The Tetrad of Lunar Eclipses that have taken place since April 2014, mark 4 events that recur periodically, signalling cycles of change in the internal state of humanity and society and encouraging great transformation, but not guaranteeing it. 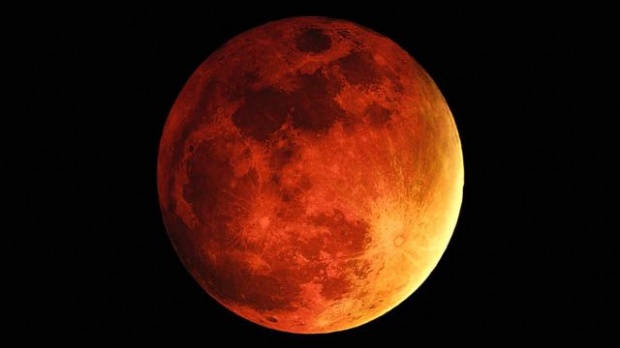 I had no idea why I was given this trip out of the blue, almost as if it were an obligation. As always,  the trip takes place in a location where the information starts to make sense, and the task to be carried out becomes clear.

On Friday afternoon during Shabat, after sunset, I followed a wave of Orthodox Jews who were moving quickly from the Jaffa Gate toward the Western Wall of the Temple, known as the Wailing Wall.

We headed over, and when I saw everyone singing, praying, and dancing, I felt a strong call from the Church of the Holy Sepulchre, where it is said that Jesus Christ was Crucified and Ascended.

Quickly, we made our way there an hour before they close the doors, and I headed directly to the only point that is open to tourists: the main hall considered to be the centre point of Christ's Ascension, and thus, known as Ground 0 of Christianity in the World.

Meditating in silence and conversing with beings who were present on other dimensions, we came to understood the meaning of our physical presence there: To be an anchor at the centre point of the largest network of Faith in the world, for the liberation of everything we carry on our shoulders, linked through all the temples of the world in connection to this node; so in this way, we could send it to the Moon under the Power of the Eclipse.

To assist in the Ascension of a part of human consciousness from a location that is historically recognized as being the centre point of the Ascension of someone who joins hundred of millions of people. Beyond Christianity, this point connects the Jewish peoples, Muslims, and Christians of all kinds: Orthodox, Armenian, Greek, Protestant, Catholic, Ethiopian, Coptics, and many more... 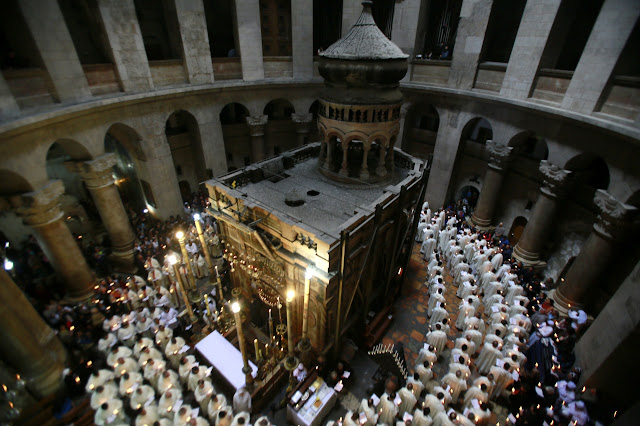 To weave a web of Light and unconditional Love between all the temples of the world, from inside or outside of these temples, placing our intention in meditation on connecting them to the Church of the Holy Sepulchre in Jerusalem, to transmute all pain, frustration, and stagnated conflict from the past by elevating it toward the Moon, like trails of light rising out into the atmosphere and beyond.

To do this, if you feel called to, go to the temple closest to you and from the inside or outside of the temple, in meditation, imagine you are weaving a web between every temple, church, mosque, or synagogue in the world, connecting them to Jerusalem and sending the intention to Elevate everything that is no longer useful; everything that prevents Humanity from touching its deepest being, and sustaining this vibration with smiles, laughter, and love, activating the entire network.


For those who resonate, you are called to extend all your Love to the Harvest Moon to add our tiny grain of sand to the Ascension of Planetary Consciousness.


Thank you for walking the Earth,
Thank You for having chosen to be born in these times. 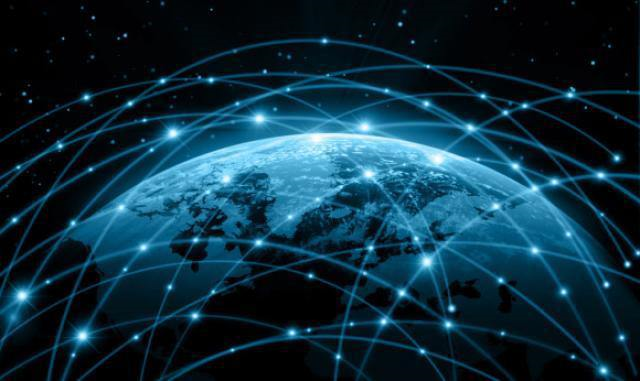 Each step we take around the world is FREE and OPEN to the public, so we invite you to be part of the support network to help make this possible! If you would like to collaborate economically to sustain our activities, please sign up here:
harwitum.org/donaciones
THANK YOU FOR YOUR SUPPORT!

THE END OF THE WORLD